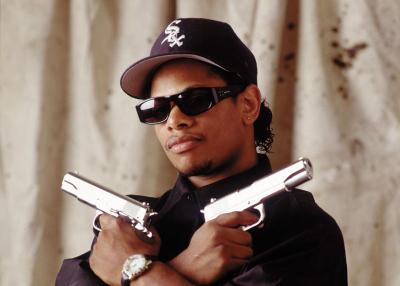 On Friday September 7th 2012 Eric (Eazy-E) Wright would have turned 48 years old and the team at Eazy-ECPT and Ruthless Propaganda hosted a historic event to celebrate his memory. In Downey California a small gathering took place with a selection of Eazy’s family – including Eazy-E’s Mom Kathie Wright – friends and associates.

DJ Drewmatik was on the Ones & Twos dropping classic Eazy joints to rock the crowd before J-Loco, Rob G, Tony Muthaphukkin G, Faided and more performed. Former Ruthless Records artists in attendance included Kid Frost, Rhythm D, Loesta, Dirty Red, DJ Speed (of NWA) , BG Knocc Out, GiGi of Menajatwah and Steffon. The night was brought to a close with a performance by Lil Eazy-E, Eazy-E3, Yung Eazy and the Compton Money Gang.

Expect video and pictures to follow soon. Thanks to HipHopDX & Eazy-ECPT