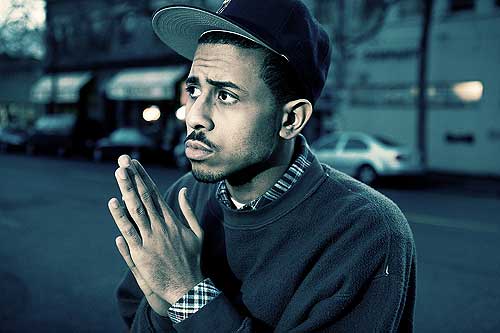 Earlier this week Blu was back on Dubcnn alongside Exile as the duo – who released their new album “Give Me My Flowers While I Can Still Smell Them” on iTunes via Dirty Science / Fat Beats – had performed at Stussy Los Angeles in celebration of the album release.

Today we are back as Blu, who last year spoke to us about his upcoming album“NoYork!” in this exclusive Interview as well as dropping music including Doin’ Something featuring Pac Div, U-N-I, J*DaVeY, TiRon and Aymomari, Jesus and the accompanying music video, has just dropped a new record called “Lemonade”  that sees him rip up a raw production by Beat Make Jake and cuts by Exile. Check out the banging new track below and then support it via Blu’s BandCamp where you can “name your price” for the track as well as Pre-orderingr a copy of the super limited edition 7″ that will number only 400 to be hand screen printed; Andy Warhol would be proud!