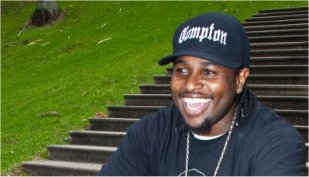 Eazy-E is the undisputed father of Gangster Rap and one of the most influential people in the middle history of Hip-Hop.

Just last week we reported on the Remembering Eazy-E: 48th Birthday Memorial and this week – in a somewhat controversial move – we’ve received word his son is now in talks with a record deal with Hoopla Worldwide that will allow his music to be released through Death Row, the once notorious arch-rival enemy to his pioneering father’s Ruthless Records.

Lisa Marcum of NWA Entertainment LLC and Jonathan Hay & Michael Bentley of Hoopla Worldwide are behind the possible partnership, a record deal that would potentially release Lil Eazy-E’s album through the Hoopla Worldwide / Death Row Entertainment imprint and will be exclusively distributed throughout all territories of the world through eOne Music.

Hoopla promises to make Lil Eazy-E’s album a top priority for the label and all their affiliates. Hoopla co-founder Jonathan Hay and VP Michael Bentley remarked,

“I think both Eazy-E andTupac are looking down and smiling on this. Everyone in our company has huge respect for Eazy-E, both as artist and as a businessman. We would be beyond honored to welcome Lil Eazy-E and we are very excited about the possibility for this album. We are going to use all of our resources and put all of our strength behind this project. Once again you are now about to witness the strength of street knowledge.”

It’s public knowledge that Suge Knight was once Eazy-E’s most-hated villain, but Knight isn’t involved with Death Row anymore. However, the once controversial label remains intact through WIDEawake Entertainment’s purchase of the company, as well as their entire catalogue, a few years ago for an estimated $18 Million. Much to the delight of Death Row fans worldwide,WIDEawake has since distributed unreleased music and reissued classic tracks from Death Row Records’ back catalogue, a priceless vault which contains classic hits from some of Hip-Hop’s most historical artists.Surprisingly, Lil Eazy-E’s album could soon follow, complete with the Death Row Records logo on the back cover — something most fans never imagined could happen.

“The Money Gang, the NWA family and I would like to give respect and love to Tupac Shakur and the Hoopla/WIDEawake/Death Row family. I’m excited to soon bring you a new generation of rap that will reign in and bring success like the old Ruthless/Death Row era.” – Lil Eazy-E

While the news may shock many its welcome news in the much-delayed career of Lil Eazy who Dubcnn have been promoting since 2005 [read/listen to our exclusive interview] when his “Prince Of Compton” release was planned under Virgin Records. We will keep you posted on more but in the meantime enjoy some of Lil E’s best tracks below!