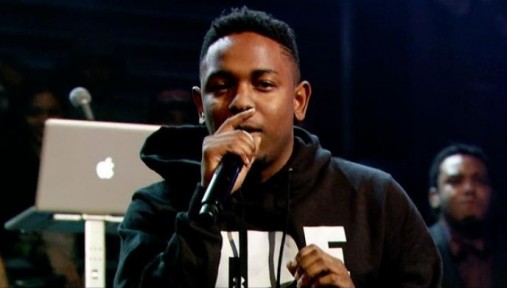 Last night Kendrick Lamar made his late-night television debut with an assured and accomplished performance on “Late Night with Jimmy Fallon.”

The Compton representer, who is weeks away from releasing his upcoming major label debut “good kid, m.A.A.d city,” was joined by house band The Roots to perform his single “Swimming Pools (Drank). ?uestlove really emulated the sound of the record with his live vocal – watch it below or download the performance video for your iPhone/iPad or mobile device here.