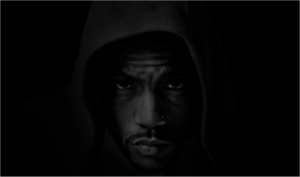 Earlier this week Dubb confirmed the title of his next project, the “Black Box EP,” as well as its release date of March 27th, 2013.

Today the AV8ERS recording artist is back to reveal the artwork for his “Black Box EP” that has been created by Jorge Peniche which you can see below. When asked about the new release Dubb explained;

“This by far is going to be my best project ever because I really feel like I stepped into a whole new creative zone when I was developing the Black Box . My goal is for it to be globally recognized and appreciated so during the creative process I was critiquing my self a lot. I choose not to feature any other artists on it because I feel that my fans and supporters deserve a tape in which it’s all about my journey, my world, and the struggle in which I had to endure in order to get here. Music fans and critics alike can expect a tape that is filled with authentic, un-fabricated material that showcases my experiences. I did not want anyone or thing to alter or disrupt my vision during my creative process”

Soon Dubcnn will be able to bring you two singles off of the 10 track tape; “Another Day” and “Golden Child” – stay tuned!