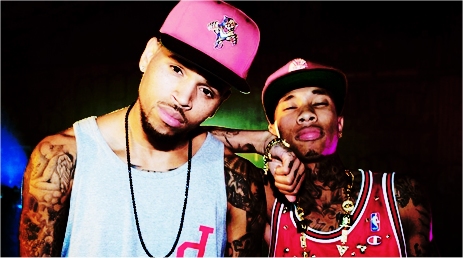 Last week he brought us another track from “Hotel California” entitled Molly with Wiz Khalifa and Mally Mal and in the past few days Tyga has revealed that Chris Brown will feature on the second single off the upcoming album.

“My second single is a record with me and Chris [Brown] called ‘For the Road.’ I’m actually dropping that on Valentine’s Day. It’s definitely like a ‘Deuces’-type vibe. I feel like we haven’t put nothing out in a long time, so I wanted to do something that touched that subject matter.”