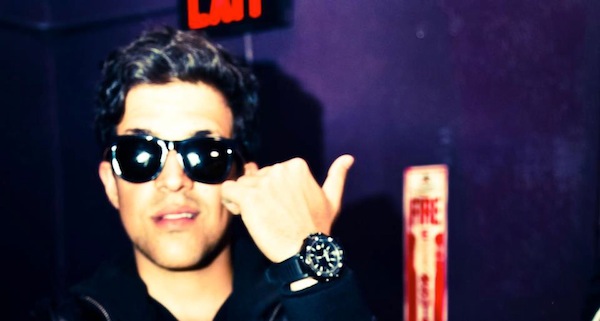 It’s been too many weeks since Azad Right was last on Dubcnn but he’s putting that right today with a new video!!

Having spent 2011 establishing himself with his breakthrough single Spiderwebs, a six track debut EP A Piece Of Mine, a Dubcnn Exclusive Interview in September 2011 before releasing his full length project The Time Is Right, he moved into 2012 in a great position to capitalise.

Across 2012 he dropped music including Better Days, Growing Apart, the “no hooks” record It’s All Right over the “Intro” instrumental by The XX, Old School, Intuition produced by Sy.ic, The Right State Of Mind as well as a video for Alone from the aforementioned The Time Is Right featuring Luna Angel over production from Professor O.

During the last few months of the year Azad dropped singles from his planned new mixtape “For The Hopeful” under the #GetRightTuesdays promo dropping the Kalby produced Wandering Eye with Maffew Ragazino, the solo cut Winds of Change produced by Jonathan Marquez and “Born To Win” which is produced by ChromeBully.

In January he was back with “I Luv The Way You Taste” where he tackles the Shlohmo “Fuck U All The Time” remix of Jeremih.

Today he’s back and has come out SWINGING with an incredible new video for a track called “Showtime.” The single will feature on his upcoming project “For The Hopeful” that is now scheduled to drop later this Spring. The video was shot primarily with a camera rig (that Azad tells us weighed a ridiculous amount!) and basically shows a day in the life in Los Angeles – all the way from the beach in Santa Monica to the depths of Hollywood. When asked about the video Azad told dubcnn;

We felt like this is a great introduction record to the project because my ultimate goal is to give the people a dose of the soulful, substance heavy Hip-Hop that my homies and I grew up on.

Enough said, check out the Stephen Vitale directed visual below!