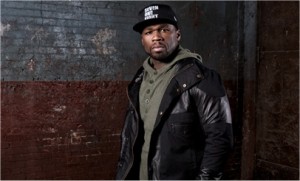 Last month we confirmed the new LP from 50 Cent has suffered yet another album delay.

In the same update we also dropped his new single Major Distribution which features Snoop Dogg & Young Jeezy before following up with the official music video.

Today – a track that has been floating around in a preview/low quality format since a radio rip has just leaked in full – “We Up” featuring Kendrick Lamar & Kidd Kidd, check it below.

Street King Immortal due this Spring!