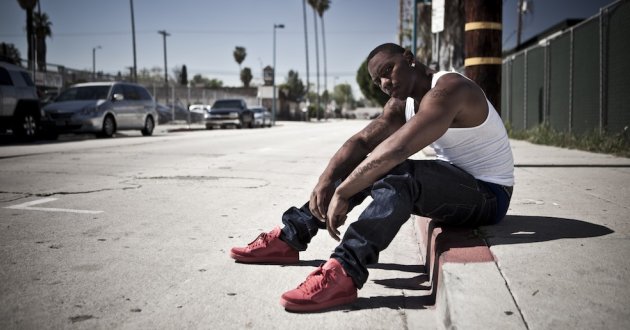 Six Reasons has been absent on the solo tip on Dubcnn so far this year but rest assumed he’s been as busy as ever.

In June we caught up with the man himself for this Exclusive Dubcnn.com Interview, dropped the official video for the single Michael Myers before getting the low-down in detail on the video in this follow up Q&A interview in August. The last we heard from him was in October with another buzz record entitled “Exactly What I Want” featuring LeMarvin.

In late 2012 Six Reasons was been back on the scene with a new single that had been buzzing on POWER 106 in Los Angeles over recent weeks before we dropped it. When we dropped “Get It” it wasnt clear where the cut was to show up but this week Six dropped a mixtape out of the blue called “Paper Plates” where the single can be found.

“Paper Plates” is presented by Young California, DJ Amen and DJ Carisma and features a rags to riches story of the Watts MC with notable collaborations from Jonn Hart, Nyce and more, plus production from Starr Lab, Shockmatic, Sage and of course Deep Watters. Get the full 12 track project free below.

S/O to the homie Six Reasons!