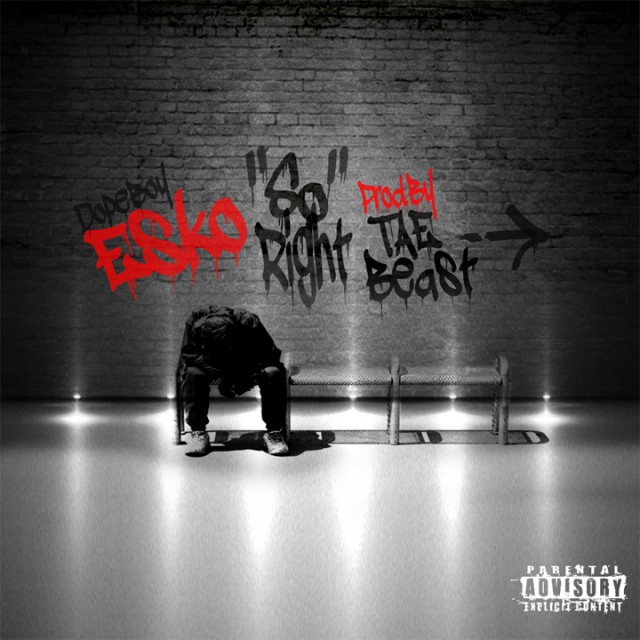 Having dropped his hugely anticipated “ESKO” project in January 2013, Dope Boy A.K.A Esko has set about making this year his own.

Last month we brought you the video for “Made It” from ESKO as well as a new record featuring LES over production from TDE’s Tae Beast called “Raw.” Earlier this month he was back again with the Starr Lab produced, LesWood and Nyce from The Finnatticz featured “Knock Her Down.”

Today we can confirm that Esko is working on a new – as yet untitled – project and has been in the studio with TDE’s own hit-maker Tae Beast! “So Right” is the first to be heard of their work together for the new LP, listen below and drop your comments!