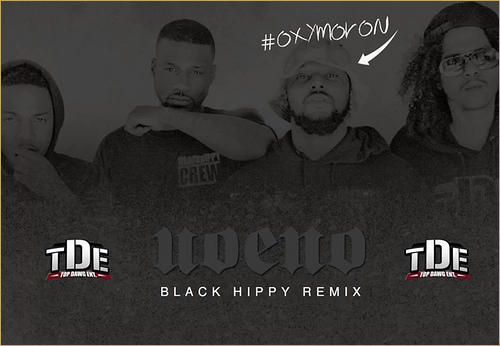 Black Hippy have dropped a remix for an already buzzing track.

That’s right, the four California emcees have jumped on the same very beat that caused controversy in regards to Rick Ross’s lyrics.

Well now the West-Coast can bump this amazing remix to Rocko’s track.

Black Hippy is gearing up for a World Tour with Kendrick on the Good Kid m.A.A.d City tour, and will also be headlining Rock The Bells 2013.