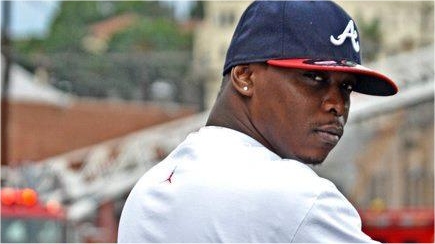 Niqle Nut is the newest signee to join Crooked I and Treacherous C.O.B. (formerly known as Treacherous Records / C.O.B.).

The story of this young new talent is one of overcoming adversity, beating the odds and turning hardship into success.

A native of Brooklyn, New York, Niqle was infatuated with the Hip Hop culture from an early age. At the age of eleven, Niqle moved to Inglewood, California and was quickly assimilated into his surroundings by adopting the lifestyle around him. After a near brush with death that left him confined to a wheel chair for two years, Niqle re-evaluated his life and found his calling in music.

After already appearing on projects such as the “Mick’s Tape” and “Mint Room” compilations, Niqle Nut has officially linked up with Crooked I and signed a deal with Treacherous C.O.B. (formerly known as Treacherous Records / C.O.B.). This up-and-coming rapper has quite a story to share and will deliver it to the world through his upcoming debut album called “Imperial”.

The first leak off his debut project is “Actavis”, which is just a preview of what’s to come – listen below! Stay tuned for more from Niqle Nut right here on Dubcnn, in the meantime follow him on Twitter.