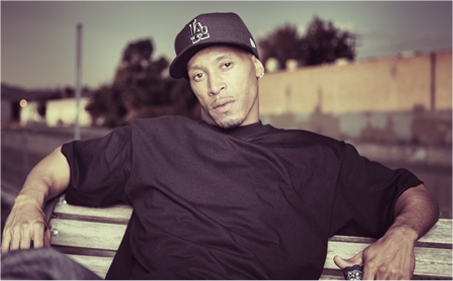 Hard to believe but it’s been over a year now since we last had new solo music from Young Maylay.

The talented spitter – who WC took under his wing some years back – was a regular on Dubcnn with a string of features on singles, videos and mixtapes.

Since 2008 he dropped the solo cut Spittin Verses II, featured alongside Ice Cube on the WC single You Know Me and with King-T for the record “Pushin Tha Line” – and was a key figure in the acclaimed DJ Crazy Toones – CT Experience mixtape. DJ Crazy Toones returned the favour on the Who’s Young Maylay? Mix Blog which showcased Maylay’s talent. Then in 2011 he dropped the long delayed “The Real Coast Guard” on iTunes.

Despite appearances on “Off The Radar” with E-A-Ski and King T and the “Hood Tour” single and video with WC – it’s been waaaaaay too long since we had new solo music Maylay – last record was in January 2012 with Sauce Angeles – but today we can break the silence with a brand new record called “Let Ma Khaki’s Hang” which is to featured on his LONG overdue mixtape titled “Hogg Tied & Duct Taped” to be released this summer – listen below and drop your comments!

Stay locked to Dubcnn for the latest on “Hogg Tied & Duct Taped” over the coming weeks, ensure you follow Young Maylay on Twitter.