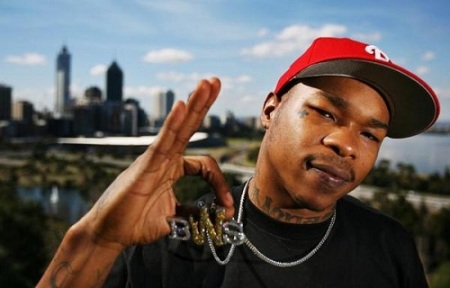 Compton Menace has had a busy 2013 since dropping  Mistah Fab featured “Cry” in late 2012.

Already this year we’ve brought you videos including My Homies with Trae Tha Truth and It Ain’t My Fault with Birdman & Kev Blaze.

In between he also leaked a record featuring Wiz Khalifa and remixed it with Game “Aint No Changing Me (Remix)” and today he’s dropped a video for the Wiz Khalifa featured version, directed by Tha Razor – watch it below and comment with your thoughts!