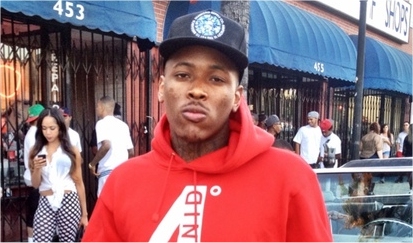 Having released  his Just Re’d Up 2 mixtape earlier this year, around when he spoke to us for an Exclusive Interview (Feb 2013), he then dropped a  music video for the song “IDGAF“ which features Will Claye.

Today the Def Jam rapper – who is finishing up his debut studio album, “I’m From Bompton” – has released a video for the A$AP Ferg featured “Click Clack” – watch below!