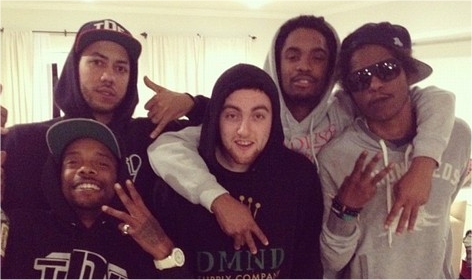 Mac Miller and the TDE crew have been rolling tight for months now and next week his new album drops with 2 confirmed features from the camp.

“Watching Movies with the Sound Off” is the  second studio album by Mac Miller and drops June 18, 2013 under Rostrum Records.

Last month he produced and featured on the Ab-Soul track “The End is Near” but with his new album out next week he’s enlisted Ab’s help on the album, along with appearances from Earl Sweatshirt, Action Bronson, Jay Electronica, Tyler The Creator and fellow TDE labelmate Schoolboy Q.

With the album just a week away we can bring you the Ab-Soul featured track “Matches” – listen below and ensure you cop “Watching Movies with the Sound Off” via iTunes.