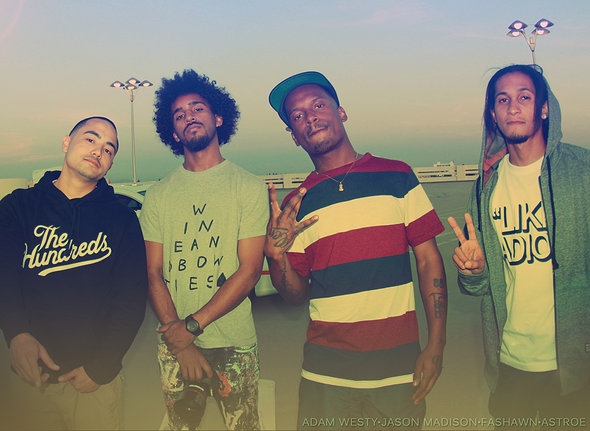 PALMSTARS – the trio from the small West LA neighborhood of Palms – are today unveiling the video to their recent single.

Earlier this year they dropped the video to their breakthrough record Price of My Soul – and a free self-titled debut mixtape, “Palmstars“, hosted by DJ Nik Bean

In April we brought you the exclusive new single called “Like Adios” featuring the homie Fashawn – and we can now bring you the official video! The track serves as the first single off their upcoming EP, “Tha Palms EP,” and the visual is directed by Jason Madison of Infamous Green Streets. Watch the video below and the cop it via iTunes today! Keep your eyes and ears out for the Palmstars’ EP, “Tha Palms EP,” over the coming weeks, until then get the singe  via iTunes today and catch updates on the group on their official website.