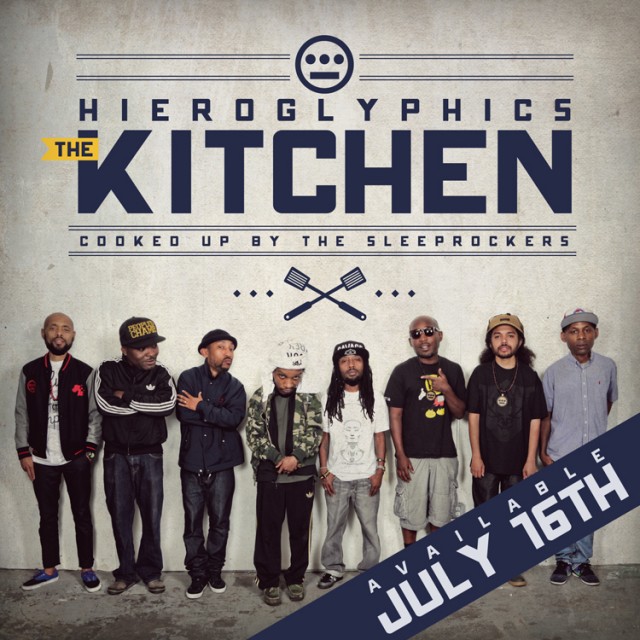 Last month we announced that The Hieroglyphics were gearing up to release a brand new album on July 16th.

In that update we dropped a video to their track “Gun Fever“ which had been released on iTunes – that addressed neighborhood gun violence.

The album, entitled ” The Kitchen,” sees them enlist the skills and support of Sacramento based DJ and beat chopping crew The Sleeprockers. They bring the skills of master chefs dealing with quality ingredients to create a concoction of seamless yet eclectic flavors for the rare hip hop palate In the process, “The Kitchen” has come to embody a space for experimental collaboration that knows no limits or boundaries while maintaining a sense of respect for the tradition that these recipes come from.

Hieroglyphics and The Sleeprockers have today released an iTunes pre-order ensure you do it today in preparation for it’s July 16th release date! Check the covers and tracklist below!