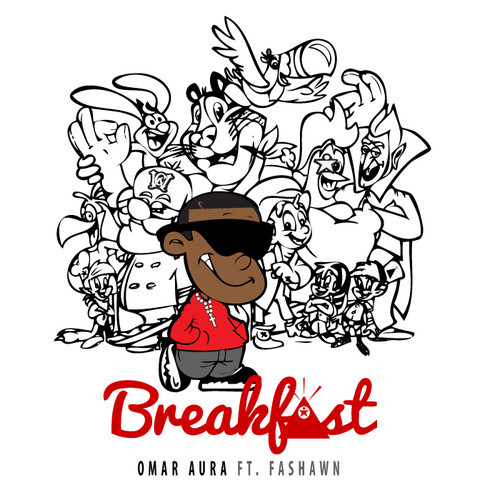 Last time he was on DubCNN was to drop off the Stantastic produced single called Automatic – for which he dropped the Marc Woods directed video.

Today he’s dropping his new single “Breakfast” featuring Fashawn – the first record from Omar Aura’s up coming Free E.P entitled “Player’s Only”. The Video will be released next week but until then if you missed  his previous album “The Auradon Sessions” – get it here.