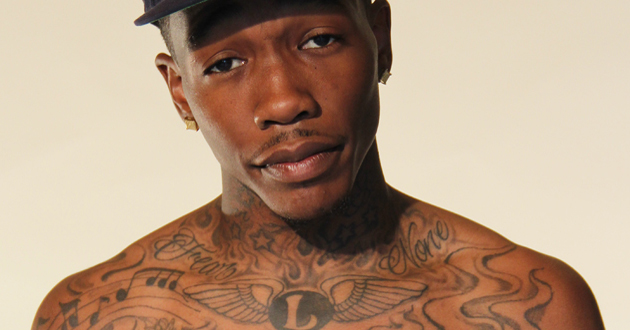 Last week we brought you the covers and tracklist for the highly anticipated new mixtape, “The Golden Age,” from Funk Volume rapper Dizzy Wright.

Today we can bring you the full 22-track tape that features an impressive roster of guest rappers and producers, including Funk Volume family members Hopsin, Jarren Benton, SwizZz, and DJ Hoppa.

Verses from Joey Bada$$, Wyclef, Logic, Kirk Knight, Tory Lanez, Honey Cocaine, Kid Ink, SupaHotBeats, Cardo, AF Supreme, and many more can also be found on the tape. The mixtape comes on the heels of an incredibly successful year that saw Dizzy named as one of XXL Magazine’s Freshmen Class of 2013, and performing non-stop doing tours and festival dates around the country and abroad.

The mixtape draws inspiration from the storytelling element of the 90’s, an era to which the title of the tape refers – Dizzy explains;

“I wanted to bring back the 90s. I feel like people appreciated music a little more in the past. In 2013 our flow should be developed and mixed with substance. We should be talking about something, not wasting any bars. The most important thing is substance.”

Dizzy also confidently asserts that he and his team have raised the bar across all aspects of his new material;

“The production is better [on The Golden Age]. The team of people around me have grown. The producers have learned from what we’ve done before and they’ve stepped it up. That puts me on a level to just talk that shit.It’s important to be you, to talk about the shit you know about, whatever that is, people should grow to be something better, not just an image. You are teaching other people. I believe in being a man and wanting to be better.”

Stream or download the full mixtape below courtesy of DubCNN.com – then drop your comments!