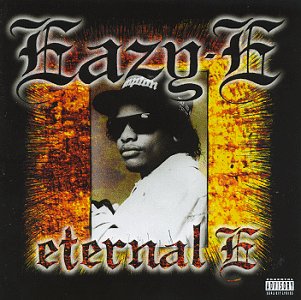 Today – September 7th – would’ve been the 50th birthday of Eric “Eazy-E” Wright known now to legions of fans as “The Godfather Of Gangsta Rap.”

Despite limited posthumous music releases, his legacy has endured for the last 20 years thanks to a loyal fanbase and his undeniable impact on Hip-Hop as a whole. Today, as we reported back in May, Eazy-E will appear on stage once again thanks to the power of 3D technology as a “hologram” alongside Ol’ Dirty Bastard at the 10th Rock The Bells festival in Los Angeles.

As our own tribute to the legend on this landmark date we are bringing you his “”Greatest Hits” album, released as “Eternal E” on November 28, 1995 just months after his untimely death.

Today take a moment to remember Eazy-E whether you are at work or on the go by listening to “Eternal E” below.