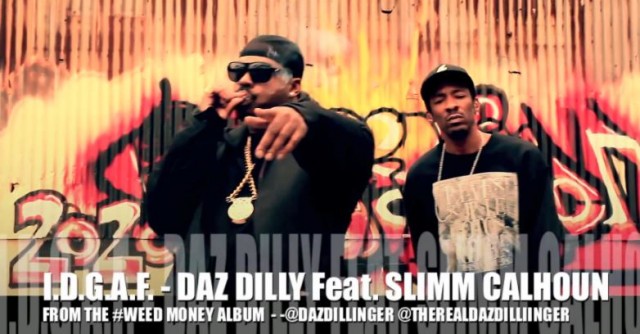 This week we confirmed Daz Dillinger is set to drop a new album “Weed Money” in April 22nd 2014.

We also followed that up with the WORLD PREMIERE of the lead single The Reason Why featuring Short Khop, Young Buck, Bo$$ & Murphy Lee.

Daz hooked up with Slimm Calhoun on another album cut titled I.D.G.A.F, the song received a music video which has been released today for viewing.