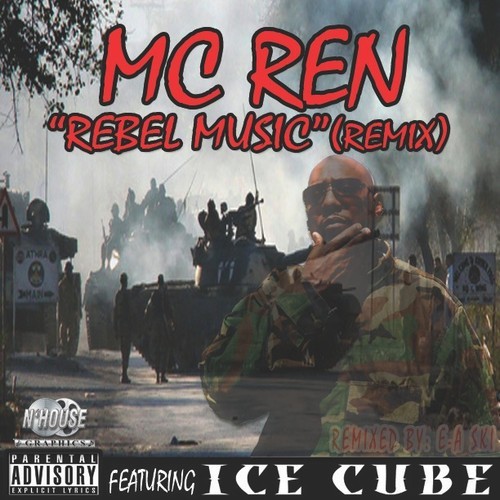 Back in March DubCNN brought you the world premiere of a brand new MC Ren single “Rebel Music.”

The single – which was also made available on iTunes – was produced byE-A-Ski and was the first new music from the Villain In Black for years.

Last time our Ren spoke to DubCNN for an exclusive interview where he discussed the track, new album, N.W.A. and much more – including a planned remix of the “Rebel Music” single with Ice Cube.

MC Ren & Ice Cube have featured on only a handful of tracks together since Ice Cube split from N.W.A. almost 3 decades ago, “Comin’ After You”, “Hello”, “Chin Check”, and “The Shit”, the latter coming in 2003. E-A-Ski once again provides the sonic backdrop as MC Ren and Ice Cube reunite for the first time in over a decade.

We could tell you all about the track – but we’d rather you spin it yourself now – enjoy and drop your comments below and support on iTunes.

Support MC Ren & spread this link and cop via iTunes.