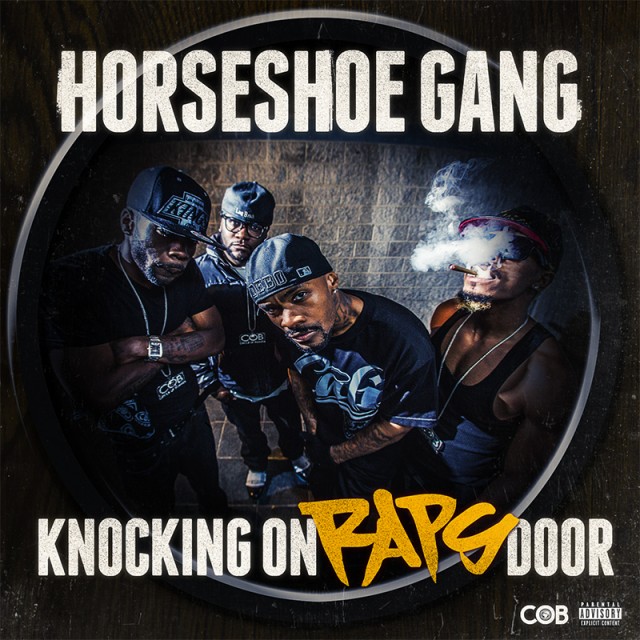 Created by Jonathan Hay, and  Mike Smith and consisting of 7 other artists – the group released their single “Lights Out” featuring Royce Da 5’9 and then this exclusive interview.

Earlier this week they dropped “3 Days In LA” featuring Dizzy Wright and today are back, this time as a feature on a new Horseshoe Gang‏ record titled “Knocking On Raps Door.”

The track  is produced by Jonathan Hay and Mike Smith – check it below.