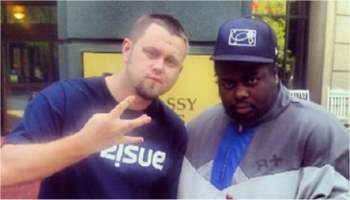 Okwerdz is back on DubCNN today with a brand new single and video!

In 2012 we caught up with him in Malmo, Sweden, for the O-Zone Battles 2-Year Anniversary, alongside M.O.P., WC, Crooked I, Yukmouth, J-Ro, Kuzzo Fly and many more – he also dropped his Dirtbag Dan featured video for Hate Me Cuz I’m Great.

Our last two Okwardz updates have been part of cyphers – the Team Backpack Cypher featuring Chase Moore and Illmaculate and then “Cypher Effect” video where he went off alongside Mistah F.A.B., Traphik, Dizaster and Gavlyn!

Give the track a spin then watch the visual!