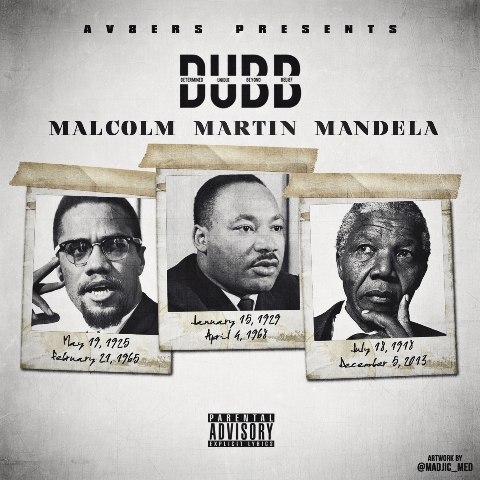 His acclaimed “Never Content” mixtape was dropped right here on DubCNN earlier this year, and ever since he’s been knocking out track after track!

Videos for “Save Me,” “RNB (Real Nigga Blues),” footage of his Never Content Concert Live In Los Angeles, CA and the tracks “No Favors” and “100 Bands “featuring Lil Nuke & Dante Higgins.

Today he’s dropped off the politically charged track “Malcolm Martin Mandela” – produced by Resource – give the track a spin below and drop a comment!