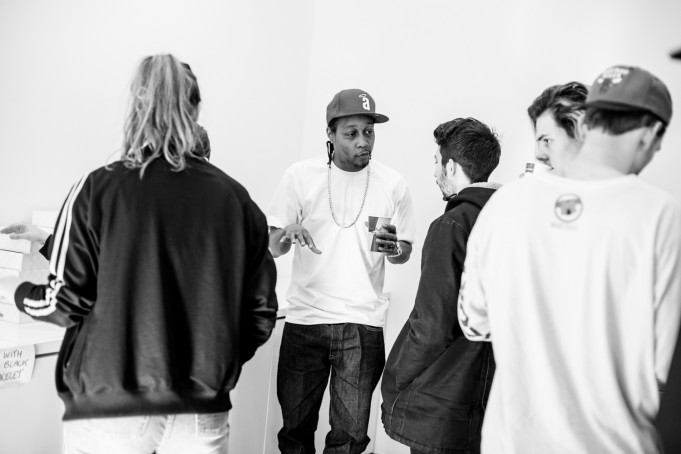 Over the weekend DJ Quik spoke toup­ and ­coming producers and artists at this year’s Red Bull Music Academy Bass Camp in Montreal.

Quik – who recently spoke to DubCNN for this exclusive interview – released a new album last year and having performed on Friday night took like to speak to young talent about his career even outling his initial ambition;

Quik also reminisced on working with Tupac for his 1996 album All Eyez On Me telling listeners;

“I ended up mixing 14 songs in two days, I don’t think I went home, I must have smelled like a goat. He’d come in the studio, light a blunt, grab a pen and paper, cross his legs, and thirty minutes later he’d be like, ‘Okay, ready’,” he says. “I’m like, ‘Who writes these songs so fast?’. “He was so important to culture and I don’t think he realized it.”

During questions Quik was asked who he’d like to link with and says many dream collaborators have passed away – including Aaliyah, Biggie, Curtis Mayfield – but did note one person right now he’s feeling;

“I fuck with Ed Sheeran, The first time I heard him, I said, ‘Damn this guy can sing.’”

As far as the westcoast Quik acknowledged the TDE camp including Kendrick Lamar and Schoolboy Q – and announced that the Mausberg cut from 2000 called “Get Nekkid” [listen to the track in the DubCNN DJ R-Tistic QuikMix] is sampled on a song on Kendrick’s forthcoming album.

Next up on the agenda was the long-overdue next album from Dr. Dre’

“The best way to describe Detox is avant­garde, it’s really out-­of-­box,” says Quik, who was asked to contribute to the album via a handwritten note from Dr. Dre himself. “And I can see why that might have scared him. I don’t believe he’s going to release it, and not because he’s made a billion dollars off headphones, but why would you scar your perfect record?”

Quik finally talked about the future and despite lamenting the current state of the music industry he confirmed that any reports of retirement are wildly exaggerated. He did express optimism at the evolution of Spotify and YouTube as a way of artists to make money in the online era and extending his legacy;

“I started writing a biography while I was incarcerated [referring to the five month sentence he received in 2006 after being convicted for assaulting his sister in 2003], but I made it 15, 20 pages and it was just so sad, I was crying,” he says with a laugh. Without missing a beat, he adds, “I’m holding out for a movie.”