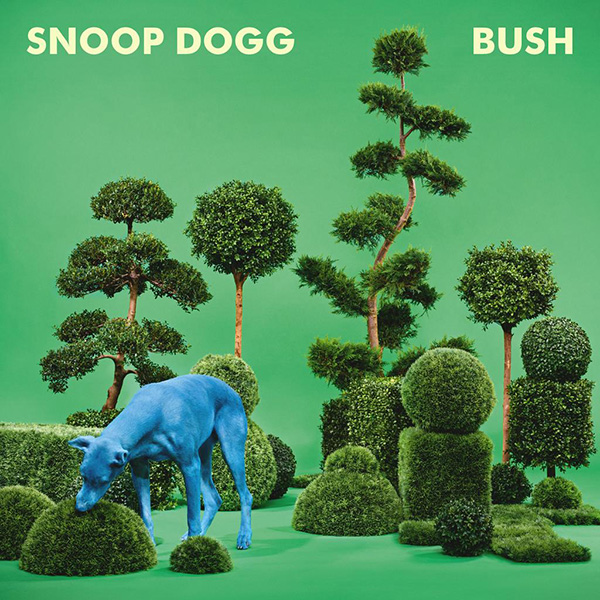 Last month it was confirmed with the release of FollowTheBUSH.com and this teaser video that Snoop Dogg and Pharrell are working together on an LP.

The Pharrell-produced album “BUSH” is slated for a Spring release and features surprise collaborations from Charlie Wilson, Stevie Wonder and more!

Snoop and Pharrell have now release the supposed album cover (see above and below) – yes the artwork features green foliage and a blue dog chewing on a bush – as well as two short studio clips of them recording today.

The clips give a taste of the vibe and chemistry the two have in the studio for a record which is described as retro-futuristic funk with a feel-good mix of R&B and pop!

The single – “Peaches N Cream” – is set to drop later this month, until then watch the visuals below!

Snoop Dogg & Pharrell In The Studio For BUSH (Part 1)

Snoop Dogg & Pharrell In The Studio For BUSH (Part 2)