DubCNN.com // West Coast Hip-Hop : Daily For Over A Decade
Home Audio Songs E-White Is Back! New Single “Everything Iz Everything” With CartelSons
Facebook
Twitter
Pinterest
WhatsApp 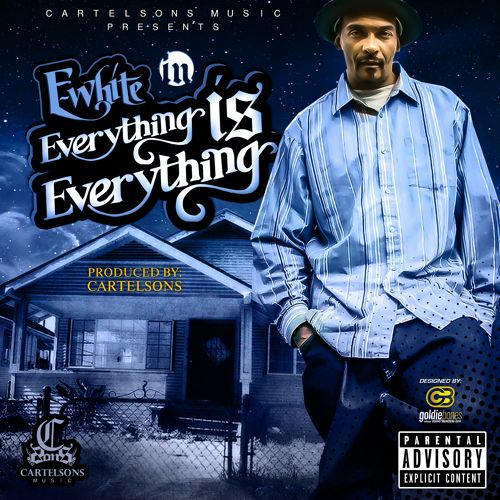 It’s been far too long since we had new music from E-White but today the Long Beach representer has handed DubCNN.com a brand new record!

Last year we heard off E-White when he spoke to DubCNN at the “2014 West Reunion” and then again when he featured on a track when we introduced readers to West Haven Blast – but today he’s back on the long overdue solo tip!

E has teamed up with Cartel Sons for a new record titled “Everything Iz Everything” that will featured on CartelSons new album titled “Tha Hardworker” that is set to feature Kurupt, Bad Azz and more! We reached out to E-White and he told DubCNN.com:

“Shout out to CartelSons for Everything Iz Everything! [I’m] coming back from hiatus. Shout out to all of the artists on the project, Kurupt, Bad Azz and the whole L.B.C. It’s still DPG, ain’t nothing changed! Shoutout to the WHITE HOUSE! Shout out to DubCNN, Rud and the team, shouts to my man West Haven, I appreciate ya’ll! DubCNN is still, and always will be my favorite hip-hop site.”

Check the new single below and ensure you follow E-White on Twitter and lookout for him on stage with Ric Hard on April 3rd in Whittier, CA – artists that would like to perform hit him up!

Editor note: upon first publish we believed this track was from a new E-White album, it has since been confirmed it’s actually from CartelSons new album titled “Tha Hardworker” due later this year.