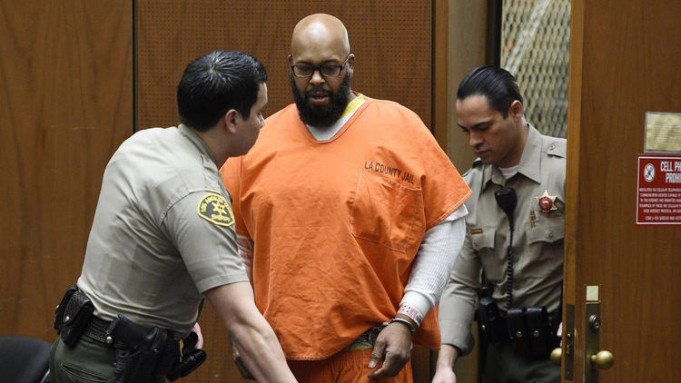 Yesterday while at a bail hearing in relation to the charges he faces, Marion “Suge” Knight, collapsed after a LA County prosecutor called him a “prolific and unrepentant criminal” who has led a “shameless life of crime” while arguing to set the bail level for the trial at $25 million.

Suge – who is charged with murder, attempted murder and two counts of hit-and-run – sat through the hearing where the prosecution went through 295 pages of written arguments and supporting evidence that implicate Knight in robberies, extortion, money laundering, assaults, witness intimidation and battery over the last three decades.

The LA Times confirmed that according to his executive’s attorney; “Just, bam. He’s unconscious right now.”