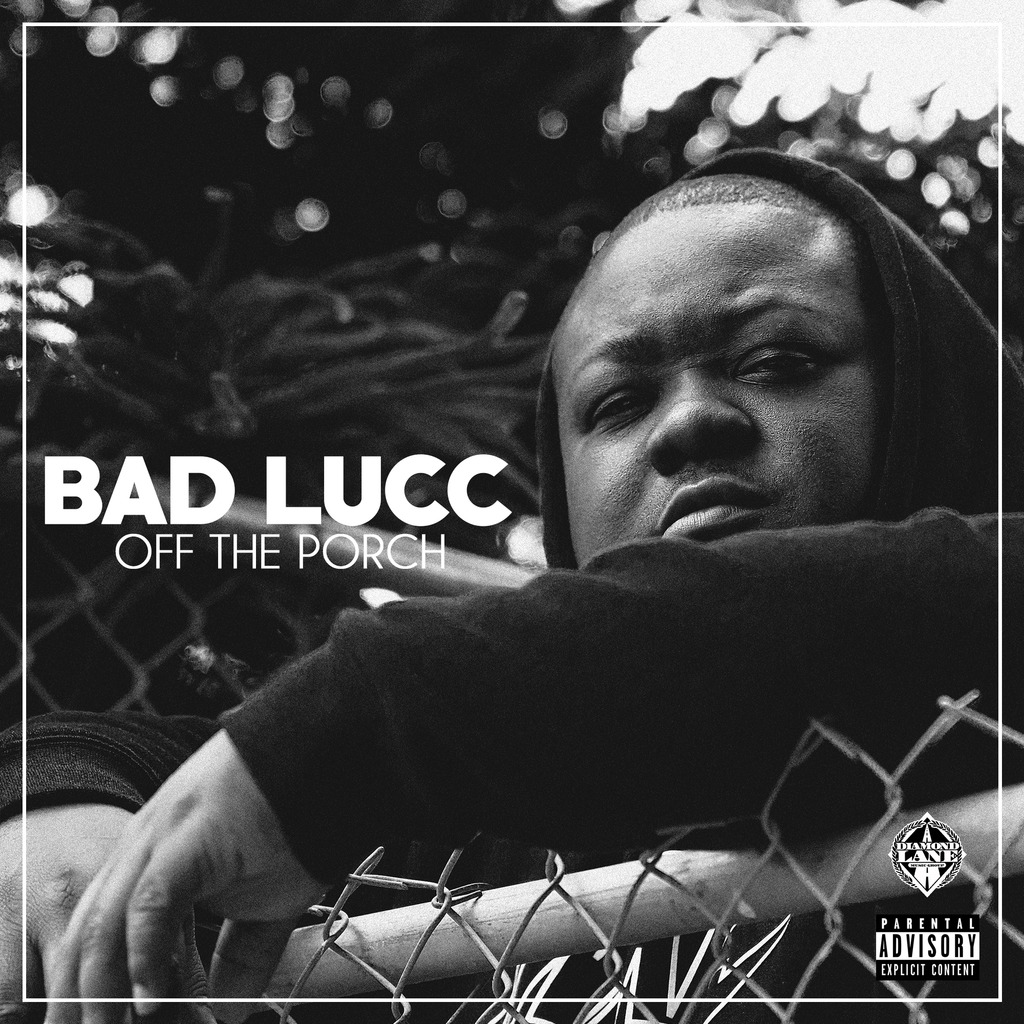 In March he told our MM Radio show that he “wants your full attention while he takes what’s his” and in the weeks prior we dropped back to back teasers including “Hood 2 Hood” with Mitchy Slick, Trick Trick & Fred The Godson, “Top Of The Diamond” with Problem, Ab-Soul and Punch, “Get Em” with Problem and Jay Rock, the Travis Barker assisted “F*ck It Off,” “Let’s Get Money“ as well as the solo cuts “Hands Down.”

Bad Lucc explained about the album;

“To be honest, this album has been a long time coming for me, but you know what, 2015 is our year! Diamond Lane is going to release a lot of projects this year including Diamond Lane America and Problem’s solo project. I’m excited to be the one setting things off with Off The Porch.”

The album, which is out now on iTunes, features 16 tracks – check the tracklist and cover below and support Lucc now and cop the LP!