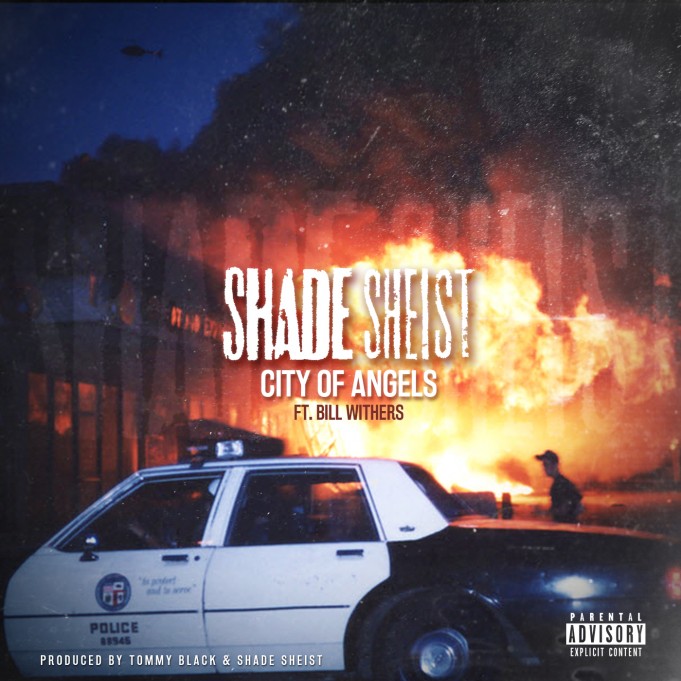 On the 23rd anniversary of the Los Angeles Riots, Shade Sheist unleashes a heavy new record entitled “City of Angels.”

His first new track of 2015, Shade pairs up with Tommy Black on production, who recently seen Billboard Hot 100 success with Kendrick Lamar and the single “Institutionalized” from Kendrick’s gold-selling “To Pimp a Butterfly” album.

“City of Angels” features the classic vocals of funk singer Bill Withers and tells a true story of the historic L.A. city unrest as told through the perspective of a very young Shade Sheist.

“BLACKOPS,” Shade Sheist’s third solo lp is in the works to see a release later this year, last time out we dropped off “Cali Is My Main Bitch” – stay tuned for more