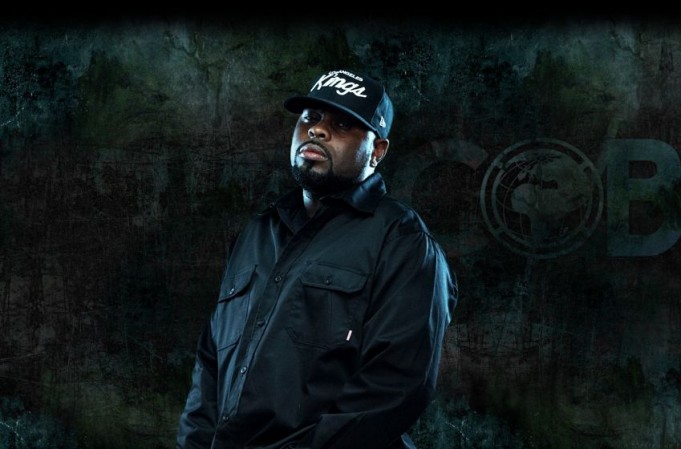 Some know him by his former alias, Crooked I and others know him as ¼ of the super group Slaughterhouse but Kxng Crooked is most definitely recognized by the Hip Hop community as an ill lyricist.

Crooked took a break from his 53 city Southwest Kings Tour to connect with this weeks Microphone Masters Radio Show. The life a musician on the road can be tedious. With a recently announced project with Statik Selektah in the works how does Crooked find time to lay vocals?

“We have a mobile recording (setup) so we can record on the road. It’s just about dedication and discipline to what you’re doing. I’m dedicated to the grind 100% so if I gotta get off the stage and be dead tired and come back to life to do a verse then we just have to break that mic out. We’re out here grinding and trying to get it and we ain’t taking no for an answer.”

J-Luv asked for an update on the aforementioned collaboration with Statik Selektah;

“…he sent me some joints that are crazy, man. He’s really sending crazy joints. It’s just dope to hook up with a producer who really tries to preserve the essence of Hip Hop with his sound. It’s not about what’s trendy or on the Pop charts or billboard charts. It’s just pure Hip Hop with raw banging beats. The project is sounding real promising right now. We have about 8-9 ideas already. I want to get up to about 40 and just pick the best ones.”

Kxng Crooked’s group, Slaughterhouse was a topic of discussion as well. One of the knocks on the group is that at times they seem to be competing or battling each other on every verse. Crooked had this to say about that criticism,

“It’s so funny. I remember when we got our first deal, we were with eOne first, (formerly) Koch. Somebody suggested that we just make a website and just battle each other. Just make an album battling each other. We said, ‘Yo, we’re trying to make songs.’ We are songwriters. We know how to get aggressive on the mic because every real and true emcee knows how to get aggressive on the mic. But we are songwriters and I think Hip Hop is mature enough to understand that four dudes coming together…our lives crossed path on the music…”

The West Coast vet went on to say that his decision to become a member of Slaughterhouse was a wise choice.

“…That was probably one of the best moves I could have made in my career. It was really something that was a blessing for me after I did the Hip Hop Weekly Series. We have the new album that is coming out Executive Produced by Eminem and Just Blaze. And Just is bring crazy fire to the table. So it is going to be a very interesting sound…”

Check out the rest of the conversation as Kxng Crooked talks about the last time he was intimidated, the value of the physical copy and whether he rides with the Lakers or the Clippers.