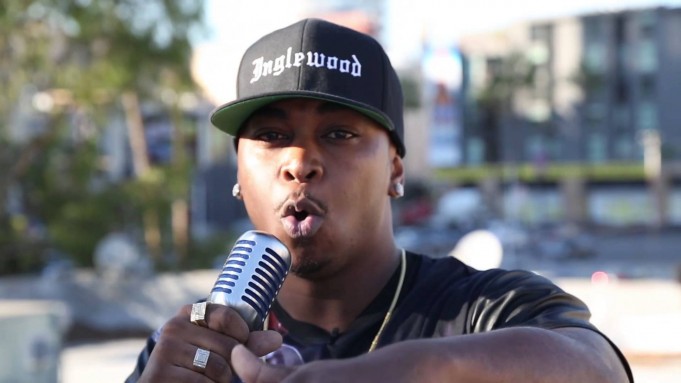 Niqle Nut is part of COB which consists of Horseshoe Gang and Kvng Crooked. He linked up with J-Luv for this weeks Microphone Masters Radio’s Episode 95 to talk about his debut, Imperial that was released at the end of 2014.

The Cali Representer is a New York transplant by way of Staten Island but is firmly entrenched in the Cali lifestyle since he moved to the West Coast at the age of 12. On the heels of the projects success, J asked Niqle if he has started laying down the blueprint for his follow up.

“Yeah, my next project is going to be…really it amazes me what I can do. This second project is just showing my growth. I’m going to blow motherfu*#ers out the water with this here. It’s going to be crazy.”

…with this next album, I want to do nothing but just bangers. Just headnodders! I got to the point where if a female ain’t noddin’ and twerking off of your music or somebody ain’t pumping their fist on your music then I feel like it ain’t good enough.”

When asked about a wishlist that he might have for this project a little bit of the East Coast affinity bubbled to the surface,

“…Jadakiss is one. Fabolous is another and Future. Those are the cats that I would even bother to make a feature with. That’s all I listen to. Jadakiss and Fabolous are my favorite rappers and Future just kills the airwaves. Plus with these new mixtapes that he’s been doing. So I would like to channel something like that….Actually I’ve been hanging out with Alchemist who did stuff with Fashawn so if he can lace me with one of them bangers that would be superb.”

Niqle is no stranger to the pitfalls of the L.A. lifestyle and the gang culture. He speaks about surviving being shot five times, being without the use of his legs for almost a year and overcoming the long odds to walk again. Instead of glamorizing this Niqle wants to provide a balance as he shares his story with the world.

“…I don’t want to be one of those guys like YG that exploits that gang life but then not tell the bad things about it because it’s bad man. It’s very bad man and it’s not all good…and I am not trying to use him as an example but at the same time, maybe he does have some (songs) where he talks about it (the good and bad) but I don’t really hear it. Every time I see him he has all this red on. Red bandanas and all the stuff like that which I know is his image. But there is so much more than that man.”

Listen to the full conversation to get Niqle Nut’s thoughts on this topic and much more.