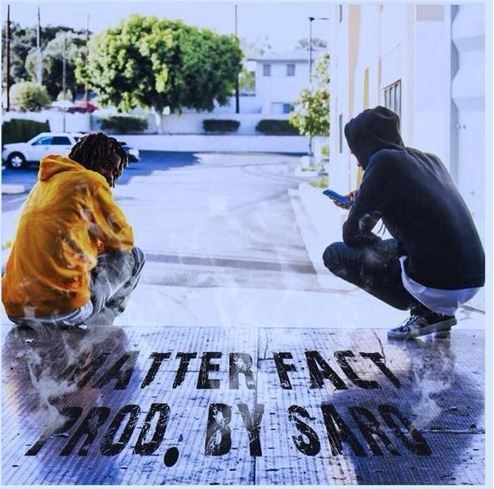 If you’re follow Trizz and Chuuwee, you know that their current release “Matter Fact” is not only a dope record, but a foreshadowing to their future follow up to their highly received & respected project AmeriKKa’s Most Blunted.  Alerting their collection of fans via their social media outlets on the project’s progression in these passing weeks, amidst their solo ventures (Chuuwee – The South Sac Mack & Trizz – Leatherface EP) as successful independent artists, this union between Sacramento and Compton proves powerful & progressive for the CA state, and the entire West Coast music scene as well.

Nearly bordering a bond only seen between brothers, these two match styles effortlessly, creating a consistent wave of energy & bounce over the Saro production; mixing these like minded, rhyme grindin’ talents who careers stand parallel when partnered. The saxophone laced, private lounge sound record denounces doubters, denies haters, detests enemies, and dethrones any and all self proclaimed rappers & trappers alike caught up in their feelings over nonsense and attention, or lack there of. Expect more material to come from this dynamic duo of kick flippin’, wig splittin’, sick spittin’ MCs, standing atop the list as, AmeriKKa’s Most Blunted. Part 2 coming soon, meanwhile, keep smoking.