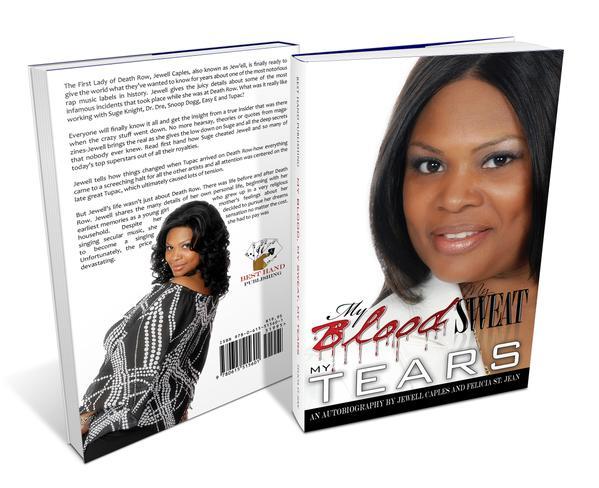 Jewell Caples aka Jewell has released her controversial novel “My Blood, My Sweat and My Tears” on July 10, 2015, available as a digital e-Book.

Jewell was the first female R&B singer who signed to Death Row Records from 1992 to 1999. She was most known for her charting hit “Woman to Woman” from the Murder Was The Case soundtrack reaching 72nd on the Billboard Hot 100. Singing the infamous hooks on a lot of the seminal tracks that Death Row released in its heyday in the 90’s including Tupac’s Thug Passion, Dr. Dre’s Dre Day, and Snoop’s Gin & Juice.

“My Blood, My Sweat and My Tears” contains shocking material about the label’s history, with claims about Tupac Shakur’s death. She states,

“I’m just telling some experiences that I went through when I was on Death Row that I’ve seen with my own eyes.”

Jewell’s “My Blood, My Sweat and My Tears”, e-Book is available on Amazon.com. Hard copies can also be purchased at Darealjewell.com‎. Exclusive music will also be available on the website soon.