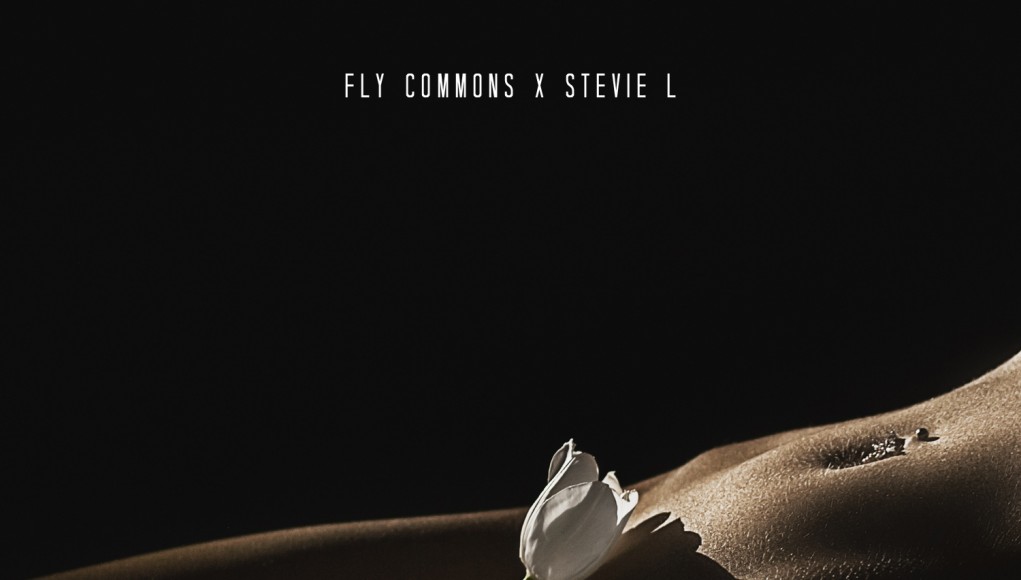 Today he’s taken the reigns on production for a track “Hold It Back” the first single from a collaboration EP with Oakland representer Stevie L titled “No Air.” The EP chronicles a relationship between a man and woman from beginning to end. A storyboard style project that Fly explains;

The single and EP were created by three of the San Francisco Bay Area’s best talents–Fly Commons (producer), Stevie L (Artist) and D.Bledsoe (writer). To get a taste of what the 3 talented fellas are all about;

Fly Commons: The San Francisco native has a growing repertoire of music in Hip-Hop, R&B, Reggae and Soul that includes Top 10 albums, work with G Eazy, Erk Tha Jerk, Locksmith, Jay Ant, and even members of The Drifters. A classically trained pianist with a decade of professional experience, Commons limitlessly builds songs from scratch with the artists he encounters. Thus, the spectrum of results has made him one of the more versatile producers, with a sound all his own.

Stevie L: Born in Oakland, CA, Stevie learned how to play piano and sing early on. He bought his first Roland Phantom keyboard in high school and after graduating from Conservatory of Recording Arts and Sciences in 2007 he moved to North Hollywood and started his internship at Blakeslee Recording with Grammy award winning producers Raphael Saadiq & Bobby Ozuna. There he worked with artist like Bobby Valentino and recorded with Joss Stone on her 2009 album Colour Me Free! and was encouraged to pursue a career as a singer not just a producer. Over the last year he has recorded over a 100 songs and continues to work with Bobby Ozuna. Stevie is set to release his debut single “Every Day” in late 2015.

D.Bledsoe: The Richmond, CA native has made a name for himself as a rap artists, releasing eight solo mixtapes. The 6’7″ artist/songwriter bypassed sports to share his musical gifts with the world. He’s been hard at work on the next chapter of his career which is crafting and writing R&B music.

Give the single a spin below and drop a comment!