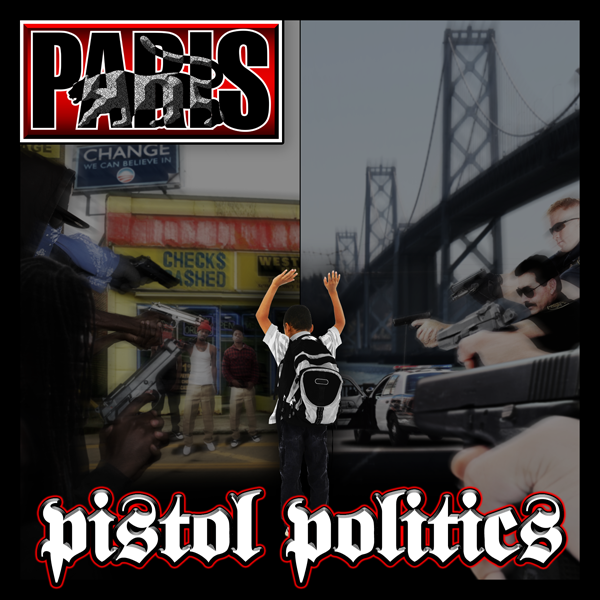 Paris’ long-awaited new album is complete, and will be available globally September 11, 2015!

I had to go back to 2008 since we dropped the special “DubCNN report” from Paris where he discussed Barack Obama, America, the financial crisis, the election, the illuminati, and secret societies, also mentioning his song Bush Killa and more. However now we’re just weeks away from a new album from the San Francisco legend!

“Pistol Politics” sees a return to form for arguably one of the most politically outspoken artists in hip hop history, and covers a wide range of topics. Expect controversy, honesty and brutal evidence of society’s failures – police brutality, black on black violence, racism, endless wars and economic oppression — mixed with a celebration of its virtues of unity, progression and community upliftment.

The first single from the album was released late last year titled “Night Of The Long Knives” – cop on iTunes – and a video released at the same time, if you missed it watch it below!

Follow the homie @paris_gfr on Twitter and stay locked to DubCNN for more news on the “Pistol Politics.”