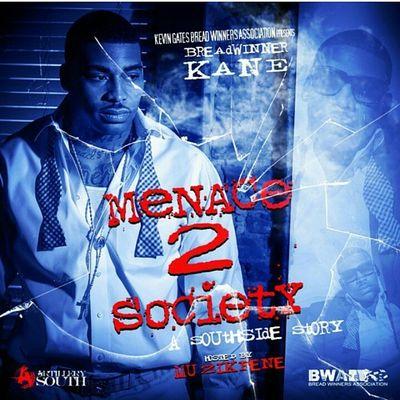 Recently, DubCNN sat down with one of the rising stars in the South…BWA KANE.

With Heavy affiliation with hip-hop star KEVIN GATES, and with numerous collaborations with stars including Juvenile and Project Pat…BWA KANE is well on his way to making a firm entrenchment in this rap game.

In the interview, we talk about his new project, produced by super-producer ZAYTOVEN, go into his top 5 MC’s, as well as get insight into the making of BWA KANE’s, SOULJA SLIM dedication song. Read the interview in full, below. Only on DubCNN! Shout out to Dj Muddie Watuz.

DubCNN: First of all, for heads that are sleeping, BWA KANE has been buzzing all over the country recently, and has collaborated with numerous heavyweights in the hip-hop game…including Kevin Gates, Project Pat, and many others. Can you give us some collaborations you have been involved with?

DubCNN: Dope. Now last time we talked you mentioned that you were working on a project with super producer ZAYTOVEN. Is that project out? And if so, where can fans get it?

KANE: Not out, he coming real soon though. It’s called “Barely Famous”.

KANE: BWA is a family, a way of life….not just a brand. We love each other rich or poor.

DubCNN: No doubt. Can you tell West Coast fans a little about your hometown…and how it was for you growing up?

KANE: I grew up in north Alabama, Athens Huntsville. You know we get out and get it, but west coast is some of my favorite rap music so salute the west coast.

DubCNN: Through your eyes, how has West Coast hip-hop influenced the South fam?

DubCNN: Who does BWA KANE draw inspiration from, when he lays down music in the studio?

DubCNN: Who are your Top 5 MC’s of all-time?

DubCNN: On a recent track of yours titled “Soulja Slim”, you pay homage to the late great MC…with references to Soulja Slim throughout the hook, and verses. What impact did Soulja Slim’s music have on you KANE?

KANE: Slim’s music was next after PAC so it was my life. Everything he talked about was me…feel me? I mean I was in New Orleans when they announced his passing on the radio. Loved Slim.

DubCNN: Dope. What new projects are you working on fam? Album, Mixtape, etc…

DubCNN: Where can fans find you on social media fam?

DubCNN: No doubt KANE. The floor is yours…any last words?

KANE: Us, as in Bwa, we love all our fans. We appreciate each and everyone of you.. Thank you DubCNN as well .. #idgt #BWAorNOTHING

Download the “Blood with the Mudd” mixtape by BWA Kane here!

Check out a new joint from BWA Kane below. Produced by @Zaytovenbeatz

Check out one of BWA Kane’s recent videos below.