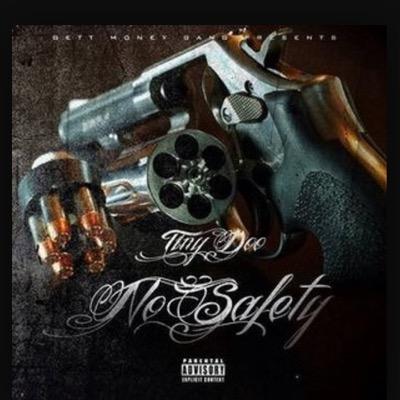 No stranger to the West Coast hip-hop scene, Tiny Doo talks to DubCNN on the verge of his new album release, Amerikkka’s Finest City. Having beat a life-long jail sentence for content within his lyrics earlier this year, Tiny Doo speaks with DubCNN about a litany of topics including his new album, his tribulation with the potential life-sentence, his views on the state of hip-hop, his favorite MC’s, and much, much more!

Read, or listen to the interview below, and drop a comment. Shout out to Dr. Missy Loc for assisting with transcription. Only on DubCNN.

DubCNN: First of all, what new projects do you have coming out?

DubCNN: Ok, so when is that gonna drop?

Tiny Doo: Man, as soon as possible. I’m half way through it. I want to make it right, you know what I’m saying?

DubCNN: Are there going to be any features on there?

Tiny Doo: You know what, hopefully I’ll get one from Glasses Malone, my nigga Freddie Gibbs, and we’ll see who else.

DubCNN: Ok. Another topic a lot of heads want to know about is your recent situation with the law. First of all, congratulations with that case being thrown out.

DubCNN: Definitely…first and foremost. So what was the deal with that? What made them come at you and try to build a case like that? From my understanding, it was like, they were trying to give you LIFE for the lyrics in your verses.

Tiny Doo: Yeah, so basically California has a Penal Code, Penal Code 182.5, which states that: ” As long as you’re a documented gang member, you can be charged with any of the felonious conduct attributed to THAT gang. ” Say one gang member out of the gang, whichever gang your from or they have you documented as, commits a crime. Then All the documented gang members from that gang can be charged with that crime. So they had me charged under Penal Code 182.5. It was created in the year 2000 I believe, and it was voted in under Proposition 21. It was like they snuck it in type of shit. Yeah you know, it’s a killer man, and it’s affecting us California dudes because this is where it’s at.

DubCNN: That sounds like the “Rico Law” for gang members.

Tiny Doo: Exactly. That’s exactly what it is. They wanted to make a “Rico” for the State and that’s what they went with.

DubCNN: What was the turning point that made them throw it out?

Tiny Doo: Well the Judge just felt like it wasn’t…you know, it wasn’t really constitutional. The Judge said they had to like narrow it down a little more. To where the person had to be connected to the crime in some shape, form, or fashion. So the Judge really didn’t like it at all; after 8 months of us being in jail.

DubCNN: Good thing he (the Judge) came to your defense on that. Do you have any advice for young lyricists coming up as far as the lyrics in their music.

DubCNN: For the fans that don’t know, Tiny Doo has been a major influence on the West Coast and San Diego rap for a long time. I know you have collaborated with many artists including Mitchy Slick. Do you have a favorite collaboration all-time?

Tiny Doo: Man, I can’t narrow it down to one favorite. Chron Don got on a song I did a long time ago. I can say that one. That was one of my favorite collaborations off hand right now. I can say that. It’s called “Rock Star”. It was classic to have him; somebody that big on something that I had done. So, I’ll go with that one right there man, Chron Don…“Rock Star”.

DubCNN: I remember the first time I heard of you. It was you Michy Slick and Styles P on a song…they had a scratch where Styles P said, ” Catch me out in Diego with Tiny Doo and Mitchy Slick (or something like that).

Tiny Doo: That was a collaboration. I didn’t actually get to record my part for it, but yeah…Styles P shouted us out on that one. That was dope. That was really dope.

Tiny Doo: For sure. I got to roll with Tupac off top you know. Man, Jay-Z, Beanie Sigel…Beanie Sigel is one of my favorites of all time. Damn who else man…that’s a hard one for me cause I like so many people.

DubCNN: Yeah, you don’t want to leave anyone out.

Tiny Doo: You can’t but you know, you got to give it to the people that kind of honed my skills. Lloyd Banks is another one of my favorites.

Tiny Doo: That’s another person. Who else do I really like…man, J.Cole and Kendrick Lamar.

Tiny Doo: They are some of my all-time greats. They are great for our time. They’re doing something different right now, and people need to take heed on what they are talking about.

DubCNN: What’s your opinion on the state of the Hip-Hop game right now? Where do you see it going?

I feel that Hip-Hop has become more conscious on what’s going on in the situations that have been brewing in our day and time. Artists are becoming like activists through Hip-Hop, like they were before when Hip-Hop was more conscious. Back when we had those dope groups, A Tribe Called Quest. Like what we had in the 90’s when we were coming up. Hip-Hop wasn’t gun this, gun that. It was more about the communities. Arrested Development. It was like “take me to another place”. Hip-Hop is becoming more in-tuned with what’s going on in the world, instead of shoot em up, bang bang. I feel like Kendrick Lamar and J.Cole are taking it to different places…but still keeping it 100. They’re taking us to that place I feel like we need to go. Those topics that need to be touched on more, you know what I’m saying? It’s beautiful to me. I think in Hip Hop, you know, we still have the “Coonery/Bafoonery”, but the people that are selling records are people that are talking about something. So that just lets you know that they’re people listening right now. Social justice is taking off right now. I think everybody needs to get down with that a little bit more, you know what I’m saying?

DubCNN: Can you tell the fans of any projects that they can currently purchase on iTunes?

Tiny Doo: I’m working on a deal right now with my boy to get all my stuff on iTunes, so it should be up and running in the next couple of weeks. “What it Doo” Vol. 2…and the project that sent me to jail, “No Safety”. So it’s going to be “What it Doo” Vol. 1-3, and they can also get the “No Safety” album on there. You will also be able to order all the “Hand Gunners” stuff with Mitchy Slick. The old stuff. The old WrongKind stuff.

DubCNN: Where can the fans find you on social media?:

DubCNN: What’s the name of your next project again fam?

Tiny Doo: “Amerikkka’s Finest City”. Like I said, I’m kind of at home with my little situation. A lot of my material will have consciousness. It’s going to be about the social justice…the stuff we face on a daily basis growing up as a black man, and the things we face daily…seeing what these people really think about us. You know what I’m saying?

DubCNN: Exactly, because you’ve seen things that a lot of people don’t see.

Tiny Doo: First hand, and I know what they have in store for us. A lot of people need to wake up and start realizing, we can do what we do, but we have to protect ourselves. Hip-Hop has a big, broad, strong voice. If we don’t use that voice to help our people then we’re missing out on the big picture. I want to put my 2 cents, based off of helping my people, whatever way I can, you know what I’m saying?

DubCNN: Dope. Any last words you want to add Tiny Doo? And thanks from DubCNN man!

Tiny Doo: Thank you for having me…and shout out to my boy Glasses Malone on his new album that dropped. It’s going be big. Everybody be sure to go grab that. And grab my boy Freddie Gibbs album…and my boy 2Eleven album, go get them. Them my dudes right there…all them dudes for sure will be on my album. I take my hat off to them dudes that gave a fuck. All who reached out…Killer Mike, Talib Kweli, ScarFace, Freddie Gibbs, 2Eleven, Glasses Malone. Big ups to all them dudes, because they were all there. Real talk.

DubCNN: When your back is against the wall, you find out who is real and fake, and all that.

Tiny Doo: Exactly and they were all there, standing there for a dude, you know what I’m saying? Real talk.