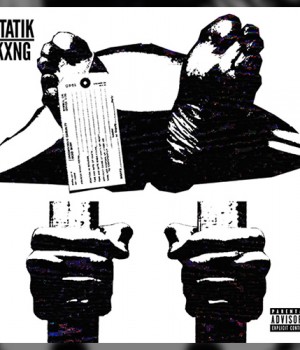 Having announced a joint project earlier this year, Boston native and renown beatmaker Statik Selektah teams with one of L.A.’s most thorough and lyrically gifted MCs, Crooked I, serving the first sample cut off their STATIK KXNG collab entitled “Dead Or In Jail”. Dropping a record to counter the stereotypes & statistics tied to an overwhelming majority of minorities in society, Crooked I rhymes circles around these same squares who project these views, and once doubted his prowess and passion for rappin’. With top shelf production from one of the game’s most relevant and equally revered producers, Statik laces the west coast living legend with a soulful & sly tune to blaze through while likely ashing his bossy blunt on the so called competition crowding the game these days. Setting the tone for what’s to come with this one, the project already carries a similar allure to Larry Bird and Magic Johnson meeting in the finals as rivals, but this time coming together to collaborate for championship than compete against one another for one. No set date on its official release, but expect more gems to drop from this titanic tandem in the coming months to better prepare their listeners for the history set to take place. That said, quiet down and listen up.