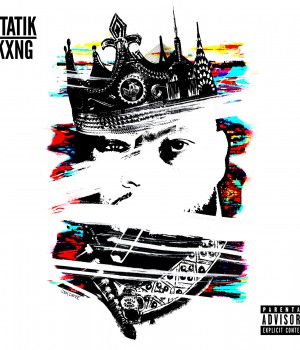 Unleashing the second record off their soon to be released & highly anticipated collaborative effort, Statik KXNG, Statik Selektah and Slaughterhouse’s beat butcher Crooked I let go “February 12 (Part 1)” as a follow up to its first single “Dead Or In Jail”. Titling their newest joint after their project’s release date, Crooked I aerial drops a bar bombardment over the Statik tailored track, showing his truly cut from a different cloth, designing multi-layered rhymes known to go over heads like fitted caps of the average listener(s). A freestyling phenom, lyrical living legend and unchallenged master of metaphors & similes (even amongst his peers), the highly productive veteran  continues to make his mark in the game now far from its original state & essence. Teaming with Statik Selektah to solidify the project’s sound, this titanic tandem is set to sail from coast to coast, uniting two cities historically paired for their NBA rivalry, and collectively reminding the rest of the rap game that substance is just as vital as style, and unfortunately for competition, they have both.