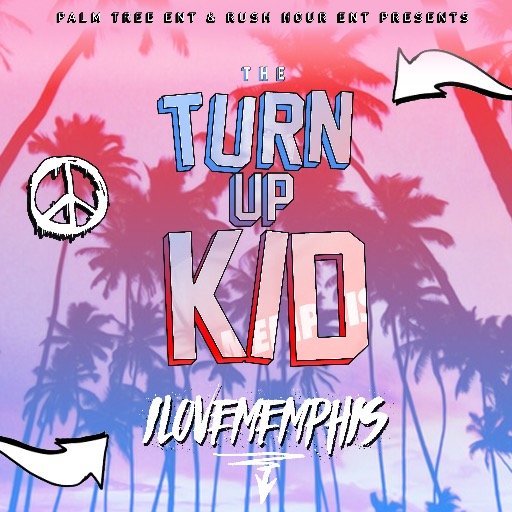 Fans can also rock out with iLoveMemphis where he will be co-headlining the Let’s Dance Tour alongside Silento (“Watch Me (Whip/Nae Nae”) and DLow (“Bet You Can’t Do It Like Me”). The tour hopes to encourage today’s youth to stop the violence and start dancing. Full list of upcoming dates below.

Be sure to tune into MTV’s upcoming 8th season of “Nick Cannon Presents: Wild ‘N Out” for a special performance of “Hit The Quan” and “Lean and Dabb.”

ABOUT ILOVEMEMPHIS:
iLoveMemphis struck platinum success with his viral phenomenon “Hit The Quan” which he performed on Ellen, The Real Daytime and the BET Network. The “Hit The Quan” video has over 19 million Youtube views propelling the platinum certified single and dance craze to over 300 Million combined YouTube views, landing at #14 on iTunes and #1 on the Billboard Hot RnB/Hip-Hop Song Chart.

Most impressive is the viral craze for the song and its fun signature dance. When Kendrick Lamar and Terry Crews “Hit The Quan” it quickly became the highlight of his new video “These Walls.” Meanwhile, The Rock hit the gym with “Hit The Quan” and caused a social media frenzy that was then picked up by Good Morning America, USA Today, ESPN’s SportsCenter and Entertainment Weekly to name a few. Ellen Degeneres invited iLoveMemphis to show her audience how to “Hit The Quan” too. The ladies of The Real Daytime also joined in on the movement and learned the dance craze from the innovator himself. Amazingly, “Hit The Quan” has swept the nation with superstar Chris Brown, athletes Mike Tolbert and Antonio Brown, UFC Fighters and even the Memphis Action News anchors all joining in on the fun. For his follow-up single, iLoveMemphis partnered with Complex to premiere “Lean and Dabb.” Within the first month, “Lean and Dabb” has already become a fan favorite, with the official music video garnering over 1 million YouTube views, selling over 100,000 digital singles and racking over 40 million cumulative streams, earning him a coveted performance spot on NBC’s The Today Show.