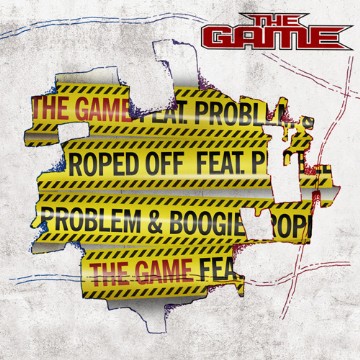 Following the success of his star studded chart topping double albums, The Documentary 2 and 2.5, hip-hop artist The Game will hit the small screen once again in A&E Networks’ 3-part docuseries about the history of Compton followed by the release of a new 11-track companion project of the same name; ‘Streets of Compton’.

The accompanying 11-track Streets of Compton companion project is a testament to The Game’s respect for his hometown of Compton. Authentic, hard-hitting and brutally honest. The Game recruits League of Stars for the first single off of the project, titled “Roped Off”; where The Game, Problem and Boogie lay heat over a West Coast G-Funk production. Check the track and drop a comment. Only on DubCNN.

The Game ft. Problem and Boogie – “Roped Off” (Audio) Produced by League of Starz