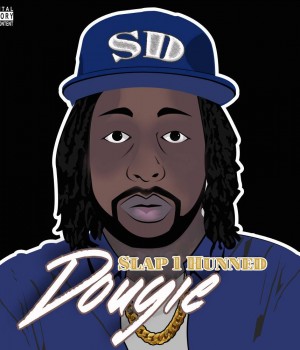 West Coast spitter Slap One Hunned is preppin for the release of his upcoming project,”TheFinesse E.P.” scheduled to be released 6/24.On this Martianz produced banger titled “Dougie” Slap slows it up a bit,kinda like a southern vibe to it but still WEST. Looks as if Slap One Hunned has plans to make some noise this summer. So lets “slap’ this and see what it do.
#samecloth
Follow @slap1hunned on Twitter