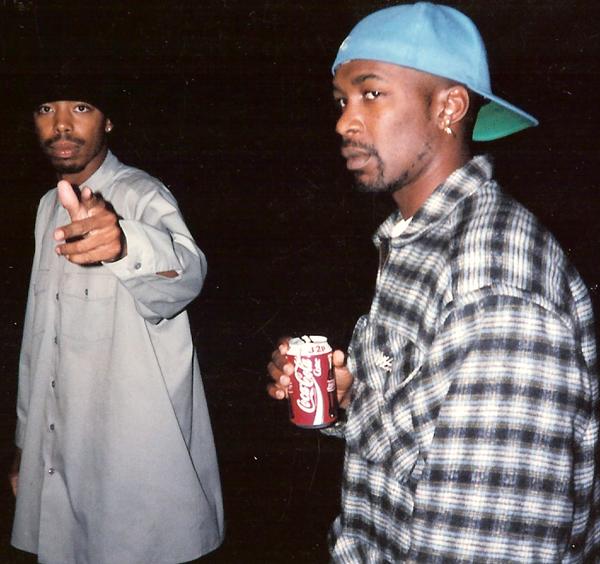 It’s with great sadness that DubCNN has to report that DJ Crazy Toones has passed away.

The legendary DJ and producer had a career spanning the decades, initially in the 90s alongside his brother WC, Chilly Chill, Big Gee, Sir Jinx and Coolio as a member of WC & The Maad Circle – then working with Westside Connection and Lench Mob Records.

In recent years he’s been Ice Cube’s official tour DJ and in our most recent update was part of a record with Young Maylay called “Make You Wanna Cry.”

Today the news broke across social media that CT had passed away, we believe due to a heart attack. Fans and artists alike have been sharing their grief on social media – including Mack 10, Immortal Technique, Ben Baller, Alchemist, Ice T, DJ Premier, DJ Pooh, Xzibit, Big Boy, E-A-Ski and more [click here to jump down to the tributes]

DJ Crazy Toones was always a supporter of DubCNN, from our earliest days right through to our most recent past. In 2006 we had the honour of promoting and releasing his “first mixtape of this millennium” entitled; “CT Experience“ with DJ Skee & DJ Reflex

The project featured Ice Cube, The Game, Snoop Dogg, WC, Daz, Damani, Xzibit, MC Ren, King Tee, Jayo Felony, Soopafly, Young Maylay, Bad Lucc and many more. As a tribute to CT we’ve got the full project for you to stream below. You can see our entire archive of Toones here including interviews in 2006 and 2007. RIP DJ Crazy Toones – the entire DubCNN team’s thoughts and prayers are with WC, Ice Cube and your families.

RIP to a true west coast legend. @crazytoones
Your mixtapes and I mean real mixtapes will always stay in my possession. 🙏🏼😔🙌🏼

I don’t even know how to say this one! It’s not even comprehending to my mind right now… The Man Pictured On The Left… R.I.P. To DJ Crazy Toones… He’s WC’s brother and also ICE CUBE’s DJ and one if my best friends on the West Coast since I was 21 years old… I just got the news… We have so many memories beyond my career in HIP HOP! From hangin with The Legend DJ Alladin to COOLIO @coolio Hangin’…Just Friend Shit! This is so hard to accept but I have to bcuz we all have a start and an ending in this life… To the Calhoun Family We Are Here For You! I could write a book for all the words I have to say about Toones… Love You Lamar Calhoun! Fly On LEGEND! @therealdubwc @icecube @mayleeno #PremierWuzHere

This one HURTS!!!!! One of THEEE NICEST Brothas you could have EVER met. Not just what he did for the West and The World, but The Man he was. A GREAT person. Very humbled. ALWAYS respectful. The hardest working, underrated producer, DJ.. etc in the business. #CrazyToones, you will be GREATLY missed. Rest In Peace, My Good Brotha. You will be missed. #CrazyToones #WestCoast #ThrowUpThaDub #RIP

@crazytoones west coast royalty. Pioneer and innovator. You will be missed. Rest In Power my friend.