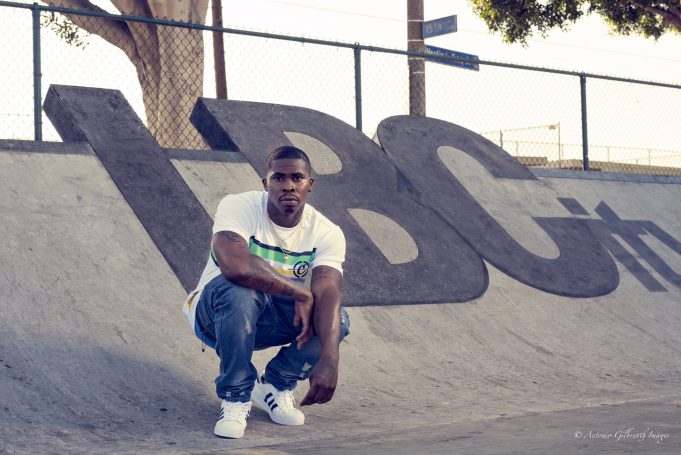 He hails from the East Side of Long Beach, CA, which certainly influenced and fueled his love for Hip-Hop at an early age. Writing his first song at age 12, he soon realized his natural talent for crafting raps, translating his life experiences on the rough streets of LBC into vivid tales of hustling and enjoying life, along with urban warfare and survival. DW quickly became a neighborhood favorite.

Confident in his ability to stand out, he released his first video in 2010 “I’ma Boss (Remix)” from an earlier song he’d made. Continuing to make his presence felt with consistent street bangers and visuals, in 2013 DW dropped “The Eastside Remix” featuring local artists Yung Gwap and Ky3, gathering over 116,000 views and elevating his recognition among the city’s elite rap community.

Citing Tha Eastsidaz, 50 Cent, Tupac, and Lil Wayne as artists that spurred him to take his career seriously, Flame dedicated his time, energy, and focus into becoming an up-and-coming artistic threat to the uncompromising rap industry.

Unfortunately, his drive toward success was temporarily derailed in 2016 after he was arrested and charged with several serious felonies, resulting in an 18 month stay in the vicious Los Angeles County Jail.

Eventually exonerated of his alleged crimes and released back into society in 2017, DW attacked the vocal booth with renewed hunger, detailing the adversities he has overcome, along with illustrating his capacity to remain lyrically innovative while inspiring strength, determination and hope.

New singles and visuals from his full-length project are forthcoming, with “Believe It” featuring C.E.R.Tified leading the way. Flame will surely be igniting major interest, while heating up the rap game!

Stay tuned for updates on DW Flame, and follow him via social media. Only on DubCNN.
Follow DW Flame: