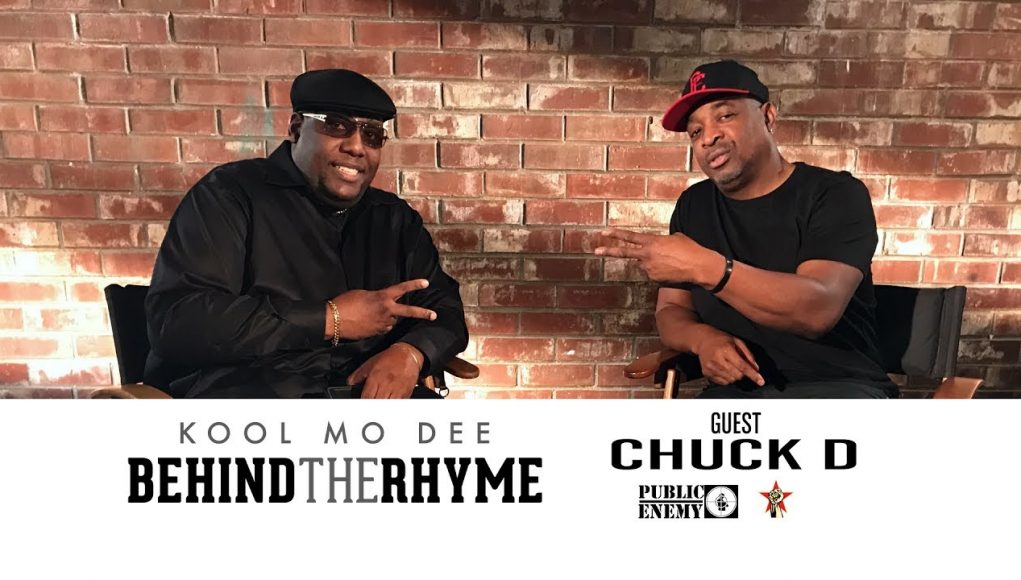 Over the last four decades, dozens of emcees and rappers have helped pave the way for Hip-Hop culture, which has since become a mainstream, global phenomenon.

A new series BEHIND THE RHYME will tell the stories of that journey, one lyric at a time.

What is Behind The Rhyme?

Each episode of BEHIND THE RHYME will feature Kool Mo Dee leading an unflinching interview with one Hip-Hop legend or current superstar. The highs and lows, the battles and hurdles, Mo will help unravel their lyrical tales with stories from the road, the studio, and the streets.

With his undeniable place at the table of Hip-Hop royalty, legend and pioneer, Kool Mo Dee, will call upon his peers and progeny alike to dig into the songs that have defined careers and generations.

Everything from song inspirations, amusing anecdotes and backstage drama will be fair game as we shine a new light on this long misunderstood, often controversial musical genre.

The series kicked off earlier this month with Kool Mo Dee sitting down with hip hop icon, Chuck D. The legendary front man for Public Enemy and Prophets of Rage takes an hour our for this incredible and exclusive full length interview that covers an array of topics including Flava Flav, his Top 5 artists, favourite Hip-Hop verse of all time.

Behind The Rhyme: CHUCK D with host Kool Mo Dee

Who Is Kool Mo Dee?

If you’re asking that question you need to take a second. Kool Mo Dee is a multi platinum selling artist and Grammy Award winner and was the first ever rap artist to perform at the Grammy’s in 1989. He recorded as a solo artist, a member of pioneering group, The Treacherous Three (alongside Special K,LA Sunshine and DJ Easy Lee) and has collaborated with countless artists including Quincy Jones, Will Smith, Doug E. Fresh, Ice-T and most recently Macklemore and Ryan Lewis.

One of the original battle rappers, Mo Dee is known for his crisp delivery, sharp wit, extensive vocabulary and rapping speed. He has put his degree in communications to work, hosting his own online talk show since 2008 and is a noted hip hop historian and the author of the book “There‘s a God on the Mic”. With a memory like an elephant and a long list of loyal industry fans, this veritable encyclopedia of Hip Hop History is bringing his knowledge, experience and legacy to this ripe and poignant format.

The BEHIND THE RHYME series will continue over the coming weeks with interviews from artists including KRS-One, Macklemore, Ice-T and more.