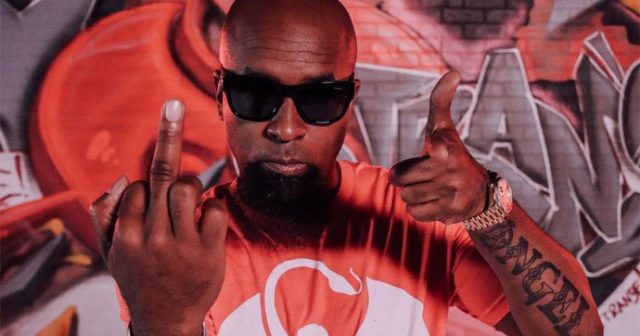 The Independent Rap Veteran Sells Over 1 Million Copies Of His “Caribou Lou” Single
Tech N9ne has sold over 1 Million copies of his single “Caribou Lou”, earning him his first platinum certification from the Recording Industry Association of America (The RIAA).
An ode to one of Tech N9ne’s signature cocktails (a mixture of Bacardi 151 rum, pineapple juice and Malibu rum), “Caribou Lou” is a standout selection from Tech N9ne’s 2006 album, Everready (The Religion). The song was certified gold in 2012 and remains a fan favorite during the Kansas City rapper’s legendary live shows. “Caribou Lou” is Tech’s fourth certification from the RIAA. His 2015 hit single “Hood Go Crazy” featuring B.o.B. and 2 Chainz and his 2013 hit single “Fragile” featuring Kendrick Lamar have both been certified gold.
One of rap’s most prolific artists, Tech N9ne is also one of its most successful. With business partner Travis O’Guin, Tech N9ne is part owner of Strange Music, rap’s No. 1 independent label. The platinum success of “Caribou Lou” comes on the heels of another milestone: Pandora Radio recently announced that his music has been streamed more than 1 Billion times on the music service, an almost unheard of accomplishment by an indie artist. In 2013, Strange Music had more LP’s on Billboard’s rap charts than any other label. The year prior, Tech N9ne set a record with his 2012 “Hostile Takeover Tour” performing an unprecedented 90 live shows in just 99 days, the longest consecutive tour in rap history. Five years later, Tech N9ne remains one of the most consistent touring artists, typically headlining at least two major tours a year.
Tech N9ne will be touring Canada and Europe later this year and plans on releasing another album from his “Collabos” series in the fall. Follow Tech N9ne on Twitter. Only on DubCNN.