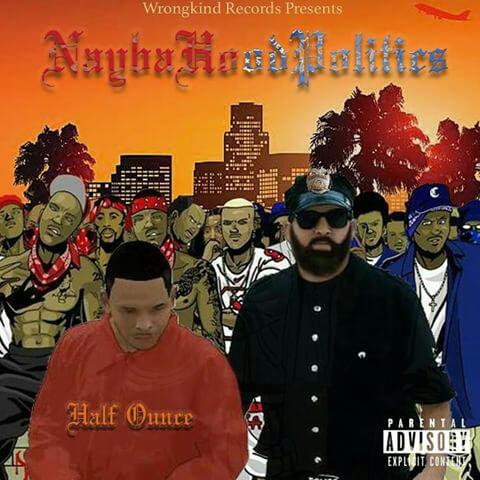 Wrongkind Records heavy-hitter, Half Ounce, will be releasing his much anticipated new album, titled “Naybahood Politics”, on 11/21/2017. Half Ounce has created a torrid buzz over the past year, and aims to solidify his spot in this game on his latest offering. The project will feature Mitchy Slick, Big Gipp, Compton Menace, Jellyroll, Breadwinner Kane, Ice Burgandy, Jessica Rabbit & V8. Be sure to stream and/or download project, upon release.

“My mindset behind project was basically unity. Starting a unity movement; getting all our brothers together…Blood, Crip, Southsider, Northsider, Hoovas, even tha Woods.

It’s basically letting the world know about real ‘Naybahood Politics’ and real neighborhood events, while also sending a message to all…that it’s never too late. You can be a f**k up and have done all kinds of s**t, but no matter, you can always overcome and do better!” – Half Ounce